Skip to content
The Score Nigeria
Sadio Mane was born in Sedhiou, Senegal on April 10, 1992, he grew up in the small village of Bambali in south Senegal.

Mane lives with one of his uncle in the village because his parents had many children and could not cater for them all. 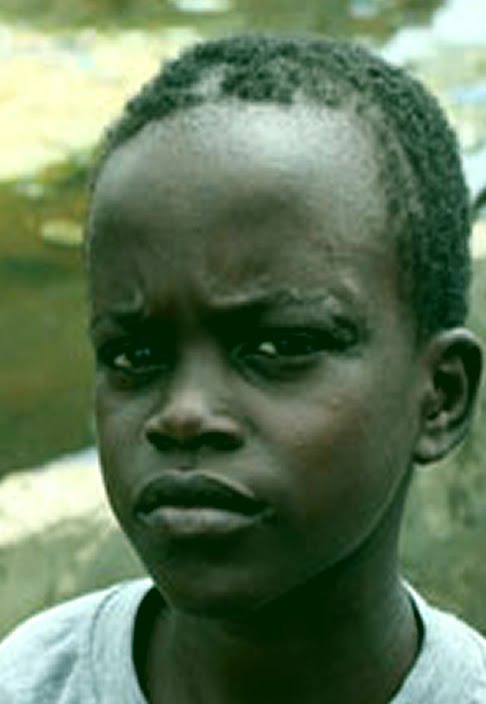 So he decided to live with his uncle where he exposed to hard work and labour. Because his both parent were not financially stable, one day Mane starts pushing wheelbarrow maybe he could be of help to himself.

He said, “My parents never had money to send me to school and every morning and night I would always go to play football with my friend in the streets.

Despite the challenges Sadio Mane never give up on his dream, as he wake up in the morning go to play football with friends in the street, and as well pick of his wheelbarrow business to get some money for himself to buy some little things he needed.

At age 15 he never forget how progressed from street player to stardust on his feet.

He recall that, “Since I was two or three year old, I remembered always being with the ball. I would see kids playing on the street, and would join them. That’s I started, just on the road. When I got older I would go and watch games especially when the national team played. I wanted to see my heroes and imaging myself as them.”

Yet the dream seem to be like a day dream to him until he was called up to represented his country in 2002 world cup.

His aspiration as footballer and ambition came from when his country Senegal got to the quarter-final of 2002 world cup beating the host nation France in the Group match opener to be his first appearance in the international level. 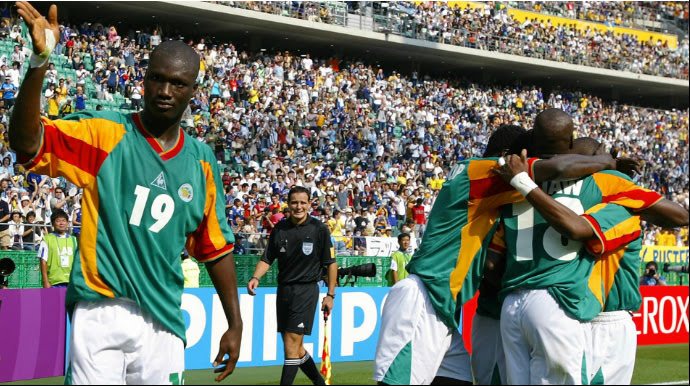 According to him, “After the world cup I and my friends started having tournament in the village, I become more and more determined to be the best and win every game.

“Everyone would tell me I was the best in the village, but my family wasn’t a footballing one. The are big on religion and wanted different things for me. When they could see that in my head and my heart there was only football, I started to convince them especially my uncle to let me off the village to a local town to learn before to go the main Dakar City, my country’ capital.” 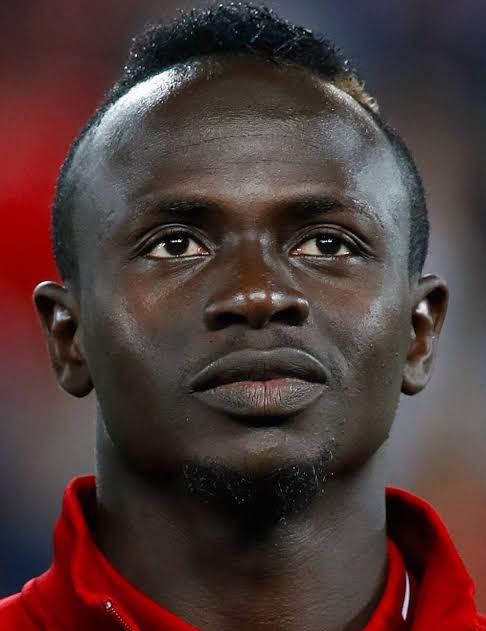 Mane revealed how they never accept his football carreer until his uncle see that he was comitted and ready to shut for his goal.

“My uncle was the biggest help, but not the only one at the start, almost everyone in the village contributed monies for me. When I moved to Dakar’s suburbs, I went to live with a family that I didn’t even know. I only offered them small money and explain my motive before they allowed me in. Although my family knew someone who knew them, and he took me to their house at first. They took me in, they take care of me and did everything to help just worry about football.”

On his arrival at the Dakar’s suburbs he ask about the biggest football club as he willing to know more and more about football.

“When I arrived there on the next day, I saw lots of boys being tested for entry into the team. I will never forget this, and it is funny now, but when I went to try out there was an old man that looked at me that I was in the wrong place. He asked me ‘are you here for the test?’ I said I was. He asked me, ‘with those boots? He looked at me angrily. How can you play in them, they were bad, really bad torn and old. Then he said, with this short? You don’t even have proper football shorts”

Mane reply him as he continue to share his true life story.

“I told him what I came with was the best I had, and I only wanted to play – to show myself. When I got on the pitch, you could see the surprise on his face. He came to me and said I’m picking you straight away. You will play in my team’. After those trials, I went to the local team’s academy.”

One day he called his mum that he is now in France but his mother could not believe him.

“I only told my uncle. Even my mum she didn’t know.”

“I remembered the first day I got there, to france. I was surpose to train but the coach said ‘stay at home, I didn’t have credit card on my phone to call my mum. The next day I went with some of my friends, who where already at Metz to buy some cards. I called her and said, hello mama ‘I’m in France.”

“Which France?’ she said. She couldn’t believe it! I said France in Europe. What do you mean by Europe you lives in Senegal. I said. No l’m in Eroupe she was amazed, it was crazy! She was so surprised and she’d call me every day to ask if it was true. She still didn’t believed me until I told her to go watchbme at the TV. She finally did and observed my dream has come true.”

So Mane start to work hard to become professional footballer and where he was missing home because life has different from how it was in Senegal.

He went on shine at Metz from there again he called up to represent Senegal in 2012 Olympic in London. He performed very well there he earned his transfer RB Salzburg where he scored 42 league goals on 80 appearance. From there he was transfer to English premier league, Southampton and moved to Liverpool where he is till to day as Jurgen Klopp pick him like a son. 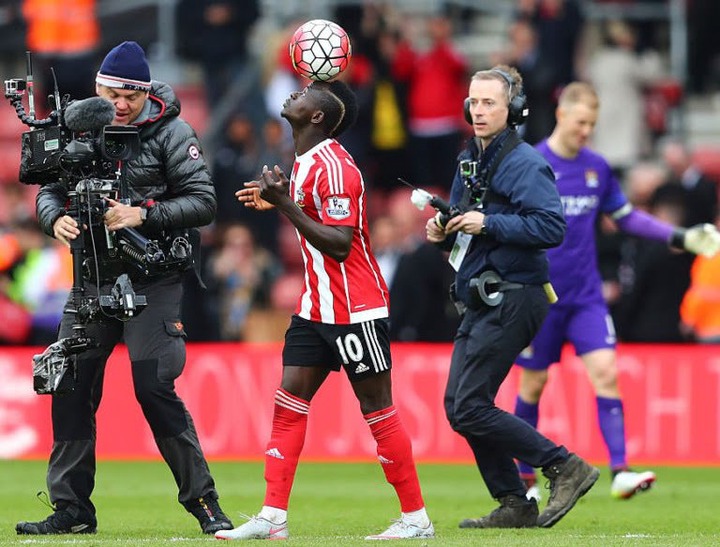 He enjoy so many under Klopp where his star shine and become more famus all over the world. Then he enjoy playing with his former club teammate Coutinho and Fermino.

Sadio Mane share his shocking experience had when his missed the last penalty kick that lead Senegal out of African Cup of Nations. The attacked his family and relatives as they fled his house in Malika near the capital Dakar following Senegal exit in the quarter-final to rivalry Cameroon. 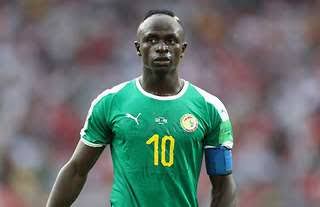 Africans are known to be emotional in time of football, they couldn’t forget him after he crying and apologized to his country people.

The went ahead to attacked and destroyed his uncle’s mansion and  £26,000 SUV Mane bought for him.

Today now Sadio Mane dream has become reality how continues to shine and perform excellently in Liverpool. Seeing winning EPL player of the month ad as well man of the match several time.

Today Sadio Mane crowned the African Player of the Year for 2019 after beating his club teammate Mohamed Salah and Algeria forward Riyad Mahrez. 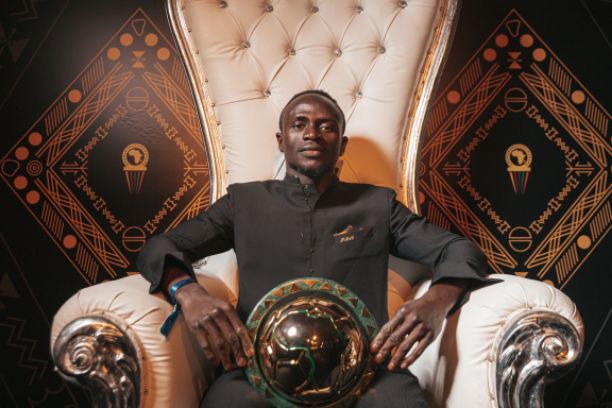 Mane has achieved his dream and as well expect more from his after his CAF player of the year award in Egypt on Tuesday night.