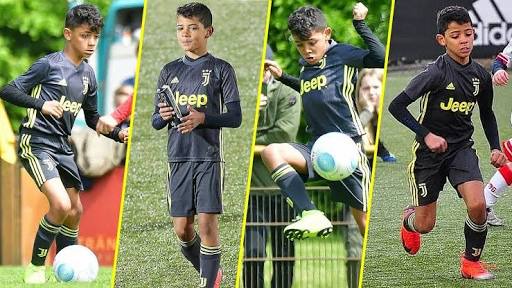 The 34-year-old was devastated after failing to help his country avoid disqualification out of the FIFA World Cup in the round of 16.

Read Also: I will still win Ballon d’Or before my retirement – Cristiano Ronaldo

Ronaldo left Real Madrid to pick up a new challenge in Italy, having conquered England (Man Utd) and Spain (Real Madrid). The forward won four Champions League titles – making him the most successful player in the history of the tournament with five in total.

His first year with the Juventus, Ronaldo clinched two titles and ended up winning the Serie A Most Valuable Player at the end of the season.

The Portuguese star recently scored a magnificent header which made him jump about eight feet high before heading Juventus to victory before the Christmas break.

The star hopes to play with Cristiano Jr before hanging his boot.